Broos takes aim at PSL players for not being 'good enough'. 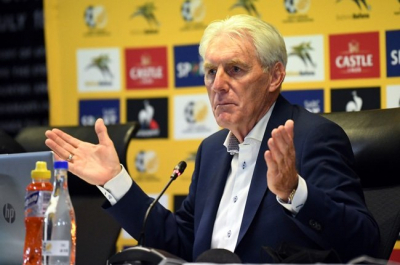 "It’s time now to face the real problem. And what is the real problem of South Africa? It is that we don’t have those high-quality players, like our last three opponents, Ghana, France and Morocco," he said.

South Africa have lost to all three of these sides since Broos took over.

But also, Morocco. When you see the selection of Morocco, there was only one player, the goalkeeper, who played in the CAF Champions League with Raja Casablanca, and the rest were European-based.

"We don’t have those players: the quality that is playing in Europe. We can look at the quality at fantastic races that (Mamelodi) Sundowns and (Orlando) Pirates had in the Champions League and the Confederation Cup.

"But Sundowns lost in the quarter-final and Pirates in the final. But who won the competitions? Two Moroccan teams, Wydad Casablanca and RS Berkane."

Despite Bafana's task to qualify for their first Afcon since 2019 (having missed out in 2010, 2012 and 2017) appearing to have been made easier by the fact that they merely need to beat the Lone Stars twice to qualify.

More in this category: « Serena Williams set to make tennis comeback at Wimbledon. India win by 48 runs against Proteas to stay alive in series. »
back to top