Maduka officially unveiled as head coach of Maritzburg United after leaving AM. 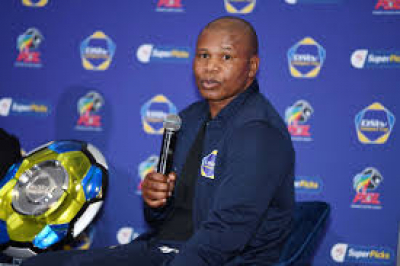 Maritzburg United on Wednesday confirmed they have appointed John Maduka as their new head coach.

Maduka earned plenty of praise last season after guiding Royal AM to a third place finish in what was their first season in top flight football. Royal AM were in contention for a Caf Champions League spot for much of last season, before a late slump led to them having to settle for third place.

His departure from Royal AM was also surprising in lieu of him having done well with the club last season.

A Maritzburg statement read: "John Maduka has been officially appointed as the Head Coach of the Team Of Choice.

"The former Bloemfontein Celtic and Royal AM Head Coach has signed a 3-year contract, until June 2025, with the Team of Choice and will officially start at the Club for the Pre-Season ahead of the start of the 2022/2023 DSTV Premiership Season."

Maduka added: "I would like to thank the club's owners for this opportunity for the incredible welcome they have already given me. I am very excited to begin our journey together.

"This is a wonderful opportunity, but there is also a lot of work ahead of us and I am eager to get onto the training ground to start working with the players.

"Upon each visit to the Harry Gwala Stadium one can feel the passion that the "Blue Army" have for this club and this support will be hugely important for the team in the upcoming season.

"I feel my ambition, together with my work ethics, can work to achieve the desired results for the club."