US Open begins with Rahm, McIlroy set for early charge. 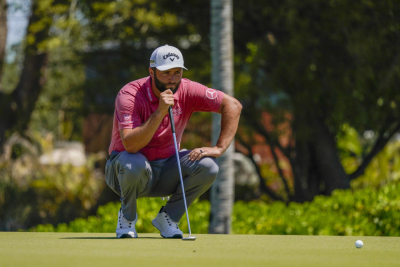 Rebels from the Saudi-backed upstart LIV Golf Series and stars of the established US PGA Tour were both in the field of 156 at The Country Club.

The US Golf Association chose not to follow a PGA Tour ban of 17 golfers who played in last week's LIV Golf debut in England, staying faithful to this year's US Open qualifying standards.

LIV Golf offers the largest purses in the sport's history at $25 million per regular-season event, $7.5 million more than this week's US Open prize money total.

While LIV Golf's breakaway big names like Phil Mickelson and Dustin Johnson had afternoon tee times, two who have not signed up to it Rahm and McIlroy were standouts among the morning wave of starters on a 7 254-yard course set to deliver headaches aplenty with dense rough and hard-to-hold greens.

World No 2 Rahm captured his first major crown at Torrey Pines in last year's US Open and won his first title since then at last month's PGA Mexico Open.

"Getting the first major is a big weight off my shoulders," Rahm said. "I feel like I can enjoy it a little bit more and know that you don't need to do anything special to get it done."

The 27-year-old Spaniard starts off the first tee at 7:18 a.m. (1118 GMT) alongside reigning British Open champion Collin Morikawa and fellow American James Piot, the 2021 US Amateur winner who shared 25th in the LIV Golf opener.

McIlroy, 33, begins off the 10th tee at 7:40 alongside Tokyo Olympic champion Xander Schauffele and 2021 Masters champion Hideki Matsuyama of Japan.

McIlroy, who won last week's PGA Canadian Open, has not captured a major title since the 2014 PGA Championship.

The Northern Ireland star will try to become the first player since 1934 to win the US Open after a victory in the prior week.

"Everything is certainly trending in the right direction," McIlroy said. "I'm happy with where the game is at."

Six-time major winner Mickelson, who turned 52 Thursday, would complete a career Grand Slam with a victory and break his record as golf's oldest major winner from last year's PGA Championship at age 50.

But the US left-hander's shared 33rd at the LIV Golf opener was his first result after a four-month layoff taken after he apologised for comments about the Saudis that were made public last February.

Mickelson called the Saudi LIV backers "scary" and condemned their human rights record but said he supported the leverage they gave in dealing with the PGA.

Abraham Ancer of Mexico withdrew Thursday morning due to illness. He was replaced in the field by American Patton Kizzire.