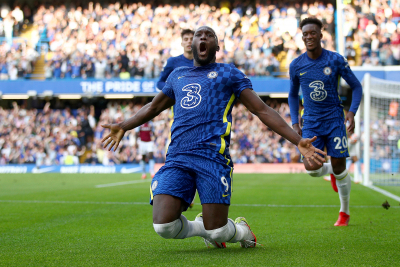 Inter Milan are hoping to secure the return of Belgium striker Romelu Lukaku from Chelsea.

Lukaku is so keen to go back to Inter after a difficult season with the Blues that he would take a hefty wage cut.

Inter are trying to limit their outgoings as they get their finances under control and there is no agreement yet on the size of the loan fee.

It is thought a deal will eventually be struck given Lukaku's eagerness to get back to Italy.

Lukaku, who left Chelsea to join Everton for £28m in 2014, returned to the Stamford Bridge side on a five-year deal from Inter last summer.

The fee for him was just short of the British transfer record of £100m paid by Manchester City for Jack Grealish.

But Chelsea boss Thomas Tuchel never gave the impression that Lukaku - who moved having helped the Italian club win the Serie A title in 2020-21 - suited his preferred style of play.

The forward scored 15 goals in all competitions for the Blues, with eight in 26 Premier League appearances.