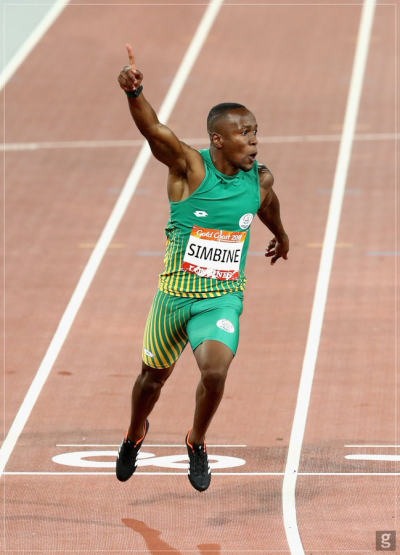 Maswanganyi won his semifinal in 10.06* seconds, ripping a chunk off the two-year-old national record of 10.11 which was held by Thando Dlodlo. The 19-year-old  speedster, who improved his Personal Best by 0.29, went on to take the provincial junior title in 10.24 in the final.

Shortly before confirming in a statement she would focus on the 200m event for the foreseeable future, Caster Semenya won the AGN title in the women&#39;s half-lap sprint on Friday.

Though there was no wind reading for her result, Semenya clocked 23.49, setting an unofficial Personal Best over the distance.“Congratulations to Maswanganyi and the coach for producing such a stunning performance at this age. He must remain focussed on the U20 World Athletics Championships in Kenya in June 2020.

“There is no doubt that he has sacrificed everything in order to produce these results,” said Aleck Skhosana, the President of Athletics South Africa.

Tweet
More in this category: « The 2020 Two Oceans marathon is the latest major sporting event to be cancelled amid the widespread pandemic. Bloemfontein Celtic advanced to the Nedbank Cup semi-finals after beating TS Sporting on penalties. »
back to top