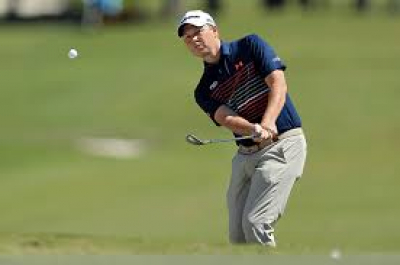 South Africa's MJ Daffue used a fast start to grab the on-course lead in early second round action at the US Open on Friday while six-time runner-up Phil Mickelson is among a slew of prominent players in danger of missing the cut.

With the wind expected to pick up at The Country Club outside Boston, the day could be ripe with drama especially considering the first round ended with exactly half of the 156-player field at or within six shots of the lead.

Daffue, who began the day in a five-way share of second and one shot back of Canada's Adam Hadwin, struck early as he mixed three birdies with a bogey over his first five holes.

Hadwin, fresh off a four-under-par 66 that marked his lowest score in 63 career rounds in major championships, started about 90 minutes after Daffue and began his day with a par.

Tournament favourite and four-time major champion Rory McIlroy, by far the most decorated of the five players who were in a share of second place after the first round, was scheduled to tee off at 1:25 p.m. ET (1725 GMT).

The others three players who finished the first round in a share of second place -- Englishman Callum Tarren, Swede David Lingmerth and Joel Dahmen -- all had afternoon tee times.

Six-time U.S. Open runner-up Mickelson struggled mightily a week after making his LIV Golf debut and his opening eight-over-par 78 left him needing something special to get inside the projected two-over cutline.

Among the players sitting right on the number after the first round are 2015 US Open champion Jordan Spieth, reigning PGA Tour Player of the Year Patrick Cantlay, and world number six Cameron Smith.

Other notables who were just outside the projected cutline are four-time major champion Brooks Koepka, Memorial Tournament winner Billy Horschel, and former Masters champion Sergio Garcia, one of 15 LIV golfers in the field.

More in this category: « Stormers name side to face Bulls with Deon Fourie set for 100th match. Kurt-Lee Arendse back in Bulls starting team for URC final against Stormers. »
back to top