Kurt-Lee Arendse back in Bulls starting team for URC final against Stormers. 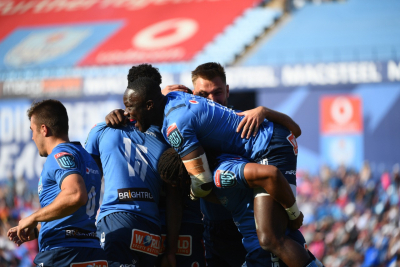 The Vodacom Bulls Director of Rugby Jake White made two changes (one positional) to his side to face the DHL Stormers in Saturday’s Vodacom United Rugby Championship final.

The Vodacom Bulls Director of Rugby Jake White made two changes (one positional) to his side to face the DHL Stormers in Saturday’s Vodacom United Rugby Championship final.

While many would have expected White to continue with the same side that shocked Leinster in the semifinals at the RDS Arena in Dublin last weekend, White brought star utility back Kurt-Lee Arendse back into the fullback spot, after he was on the bench last weekend.

Arendse's attacking ability makes him an easy choice for the final, and allows White a lot more options on attack.

As a result Canan Moodie, who has been covering for Arendse at fullback since he was injured, moves back to the right wing, with David Kriel dropping out of the starting line-up.

The move restores the back three that have been such an attacking threat throughout the URC and which has seen the other member - Madosh Tambwe - combine superbly with Arendse to score some sensational tries this season.

While the team was originally released to have been unchanged, White made the announcement in the press conference.

And in welcoming Arendse back, he said it was a no-brainer to bring one of his best attacking weapons back for the final.

"You saw what he did when he came on against Leinster," White said.

"He had been out for seven weeks and against Leinster he was outstanding. It’s his birthday today as well and he is on a bit of a high and really looking forward to the game.

"He played really well against the Stormers last time and he comes from here, so I’m sure his family will be here to support him.

"He has been phenomenal this year and he is part of the Bok setup now, so I reckon he is having the week of his life at the moment."

Arendse's return will be a massive boost for the Bulls as they head into the final, knowing even if it is wet, the slippery surface may suit his counter-attacking abilities down to a tee.

The rest of the team remains unchanged, with Marcell Coetzee again leading them into the final and the same group of players who got them to this point being backed for the final.

And while the Bulls have been beaten twice in league play by the Stormers this season, all bets are off in the final, with White saying he was proud of the side getting this far.

"It’s been an incredible season in our first one participating in the United Rugby Championship. We have measured ourselves against some of the best sides and players in the world," said Bulls director of rugby, Jake White, ahead of the game.

"So, to be able to play in the final is an incredible feat. I am very proud of the Vodacom Bulls players, coaches and staff for the hard work and role they played in getting this far.

We are up against a deserving and strong Stormers side that has shown throughout the season how competitive and hungry for success they are. We expect another tough challenge against a team we have not managed to beat this season.

The final kicks off at 7.30pm and is live on SuperSport.

More in this category: « SA's MJ Daffue grabs US Open lead in early second-round action. India beat South Africa by 82 runs in 4th T20I to level series 2-2. »
back to top