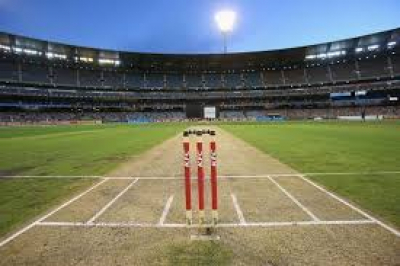 The deciding T20 between India and South Africa was abandoned after steady rain ruined the climax of the five-match series at the M Chinnaswamy Stadium in Bangalore on Sunday.

Only 3.3 overs of play were possible after Keshav Maharaj, standing in for the injured Temba Bavuma, won the toss and put India in to bat. The series stood at 2-2 after South Africa won the first two matches before India dominated the next two.

After a delayed start due to a wet outfield, with the match being reduced to 19 overs a side, paceman Lungi Ngidi gave South Africa an excellent start when he dismissed both Indian openers in his first two overs.

India enjoyed an explosive start when Ishan Kishan hit Keshav Maharaj for two consecutive sixes over midwicket in the opening over which cost 16 runs. Ngidi then struck twice with superbly disguised slower balls: the first had Ishan Kishan playing too early at a yorker that uprooted his off-stump while the second had Ruturaj Gaikwad mistiming a drive to Dwaine Pretorius at mid-on.

The rain returned shortly after India’s skipper, Rishabh Pant, came to the wicket and the umpires took the players off the field. After 3.3 overs, India were 28 for two wickets, but thereafter no further play was possible.

More in this category: « Tunisia's One Jabeur wins WTA final in Berlin as Bencic injures ankle. Matt Fitzpatrick wins US Open for first major title. »
back to top