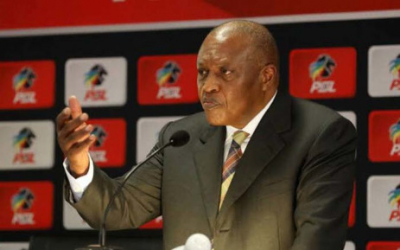 Bidvest Wits coach Gavin Hunt has revealed two of his players are being checked for the possibility of having contracted the coronavirus as the Premier Soccer League meets today to decide their next steps.

"We've been scared because we had two players go down with heavy flu, so they've been checked. Thabang Monare and Haashim Domingo," Hunt told reporters.

"It's going to come close to home. Already a student at Wits [University] is in quarantine, so who knows? I've been in the same place as the students, so I don't know.

"People are quashing it off but it's a serious thing. It's getting close to home, isn't it? So with Fifa week games already cancelled, what's next? The league is going to be closed down. If it hits here, it's going to be a problem."

The PSL confirmed they would meet today after President Cyril Ramaphosa declared gatherings of more than 100 people would be prohibited as part of wide-ranging measure to try and halt the spread of the virus in the country.

That leaves the PSL with two options, to either play the games behind closed doors with no fans, or to suspend the league for a certain period.

The latter option would put the already condensed fixture calendar under enormous strain, and likely extend the season into June.

...will be holding an urgent meeting of its Executive Committee on Monday, 16 March 2020 at 12h00 noon after which a press conference will be held to announce the details of its programme going forward.

Tweet
More in this category: « Bloemfontein Celtic advanced to the Nedbank Cup semi-finals after beating TS Sporting on penalties. ASA postpones all the Athletics Events in SA due to Coronavirus. »
back to top