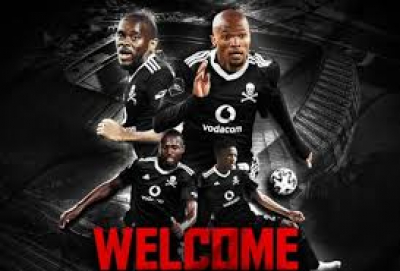 Orlando Pirates have announced the signing of four new players, with six shown the exit door on Monday evening.

The quintet are expected to form part of the club's pre-season plans as confirmed in the official statement.

In addition, the club have also confirmed that six more players have followed Thulani Hlatshwayo out of the exit door at the club.

According to the statement by the club, discussions over a new contract for Monare broke down, while further discussions are currently underway to rope Sandilands into a different role within the club.

Pirates were expected to make wholesale changes within their structures after a disappointing season that ended trophyless and a whopping 21 points behind DStv Premiership champions Mamelodi Sundowns.

The exit of co-coach Fadlu Davids has also placed a spotlight on the vacant spot next to coach Mandla Ncikazi whether in a co-coach or assistant coach capacity and it remains to be seen whether that void will be filled anytime soon.

More in this category: « Ons Jabeur hails chance to pair up with Serena Williams. Usyk-Joshua heavyweight rematch set for Saudi Arabia in August. »
back to top