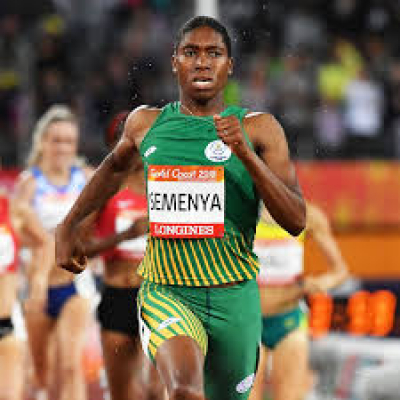 Athletics South Africa has aligned itself with the National State of Disaster as pronounced by State President Cyril Ramaphosa and have taken a decision to postpone with immediate effect all athletics events in the country at all levels for 30 days because of the outbreak of the CoronaVirus, also known as COVID-19.

On Sunday, State President Cyril Ramaphosa declared a National State of Disaster in the country detailing strict measures to combat the virus which was described as a pandemic by the World Health Organisation.

The details of the decision are as follows:

(1) Postponement of all schools athletics including the ASA National Primary Schools T&F Championships which was scheduled for Pietermaritzburg this week. The event will remain at the same venue on a new date.

(3) Postponement of all ASA championships including the ASA Twizza National U16 - U20 Track and Field Championships; the 2020 ASA Athletics Grand Prix Series; and the 3Sixty Life & Sizwe Medical ASA Senior T&F + Combined Events.

Under the ongoing guidance of the government on the virus, ASA will then review and give more information after 15 April on the way forward, depending on the status of the virus in the country at the time. ASA will then make a decision on all postponed events.

ASA will give updates on an ongoing basis. The federation has the best interest and well-being of the athletes, officials, spectators, supporters and our communities who are all our top priority.

Athletes are urged to continue with their preparations for all their postponed events so that they are ready when they are resumed. We urge parents, coaches, principals and sports teachers to keep their athletes in training and in good condition so that they are ready to contest for national colours at the ASA National Primary Schools T&F Championships which will lead to selection of athletes to the National Invitational Team to compete with their peers from other countries later this year in an international event that will be hosted by ASA.

The same is advised for High School, youth, juniors and elite athletes to continue with their preparations. High School and juniors will be contesting to go to the 2020 WA U20 Championships in Kenya, while the seniors are looking for a place at the 2020 Olympic Games scheduled for Japan.

However, we advise athletes to pursue their preparations in South Africa and seek continuous advice from ASA should they intend to travel to international engagements.

Meanwhile the 40th edition of the London Marathon has been postponed from April 26 to October 4, race organisers announced on Friday due to the health crisis caused by the spread of the new coronavirus.

The Boston Marathon was also moved from April 20 to September 14 on Friday, while earlier this month the Paris Marathon was moved to October 18.

Tweet
More in this category: « PSL could either play the games behind closed doors or to suspend the league for a certain period? SAFA advises all its members to suspend and/or postpone all football events. »
back to top