Kaizer Chiefs confirm five signings ahead of the new season. 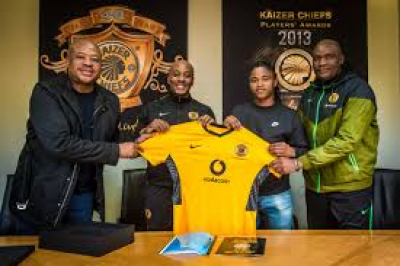 Kaizer Chiefs have added five more players to the squad, with the arrival of Dillan Solomons, Kamohelo Mahlatsi and Lehlogonolo George Matlou from Swallows FC, Siyethemba Sithebe from AmaZulu FC, and the official promotion of Mduduzi Shabalala from the Chiefs Reserve side set to bolster the Glamour Boys’ quest for glory.

Having secured the services of Ashley Du Preez and Zitha Kwinika for the next three years earlier this month, Chiefs management and the technical team have been hard at work to try and acquire the right players to fit into the system that will hopefully bring DStv Premiership success in the coming season.

Joining him is 23-year-old Mahlatsi, a talented attacking midfielder from Sebokeng in the Vaal Triangle, who has signed with Amakhosi until 2025.

Matlou, also 23, makes up the trio of players leaving Swallows for Chiefs. The midfielder has signed a two-year contract with an option for a year’s extension.

After making headlines earlier this year as an exciting playmaker, Chiefs have managed to attract Newcastle-born Siyethemba Sithebe from AmaZulu on a two-year deal running from 1 July until 30 June 2024.

One of the really talented prospects from the Kaizer Chiefs Youth Development Academy, Mduduzi Shabalala has impressed sufficiently to be rewarded with a senior team contract for three years after spending the last few seasons in the Reverse team.

The diminutive and quick player also plays as an attacking midfielder. Towards the end of last season, he was invited to a trial at Belgian club, KVC Westerlo, where he impressed. He also spent time in Spain with Villareal, who had taken notice of his stellar performances in the Cosafa U20 Championship.

The team is expected back this week for tests ahead of their preseason training.