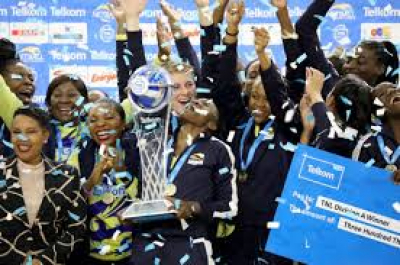 For the past two months, netball fans have witnessed some of the best in South African netball compete to be crowned the Telkom Netball League 2022 Champions. After a thrilling Telkom Netball League (TNL) power week, Gauteng Jaguars handed over their four-year reign to the Gauteng Golden Fireballs. Reigning champions, Eastern Cape Aloes were crowned the Division 2 champions for the third year.

On Saturday evening, the Eastern Cape Aloes claimed a 48-43 victory win over Mpumalanga Sunbirds and proceeded to win their relegation game on Sunday and have been promoted to division 1.On Sunday afternoon, for the very first time, fans witnessed a division 1 Gauteng derby between the Gauteng Jaguars and the Golden Fireball. Golden Fireballs ended the Gauteng Jaguars' five-year winning streak with a 35-32 win.

We saw some exceptional performances from all the 13 teams that were part of this year’s tournament. The following ladies showed resilience and excellence during the duration of the tournament and were awarded TNL awards.

TNL is South Africa’s premier netball tournament and has been the leading netball competition that has contributed to the development of many players. TNL provides a great opportunity for players to prepare, compete and work hard in order to be noticed and scouted. From the 2022 TNL, 17 players from Free State Crinums (2), North West Flames (1), Gauteng Golden Fireballs (6), Gauteng Jaguars (6) and Western Cape Southern Stings (2) have all been offered netball contracts.

Telkom’s Executive: Brand & Consumer Marketing, Masingita Mazibuko said "What a great achievement it is to reach this milestone; four years of changing lives and helping other females achieve their dreams while growing and developing this wonderful game across South Africa. As Telkom, we are honoured and proud of the work that has been accomplished through this sponsorship. Through our continuous support for netball in South Africa, we hope to continue growing the netball sport. We thank our partners the NSA for their support and a massive congratulations to the 2022 Telkom Netball League champions "

Since 2019, Telkom has been a proud sponsor of TNL. The league is a semi-professional netball league, which is a first of its kind in Africa and showcases South Africa’s netball talent with coaches and scouts frequently in attendance. If you missed any of the live-action, TNL highlights and repeats will be available on DStv catch-up and the Telkom Celebrity Face-Off is available on TelkomOne.

More in this category: « Arsenal complete signing of midfielder Fabio Vieira from Porto. English Premiership clubs stop players from joining springboks this week. »
back to top