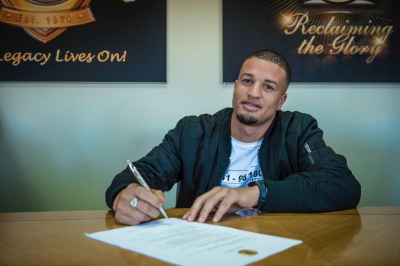 Maart, once on the books of Orlando Pirates, has enjoyed a remarkable two year spell in the colours of Sekhukhune United.

"Kaizer Chiefs have signed Yusuf Moegamat Maart on a three-year deal with a two-year option. The midfielder’s club performances have earned him nine national team call-ups between 2021 and 2022, and he is now a regular in the Bafana Bafana set-up. Maart will join the team for preseason training this week," the club revealed.

The 26-year-old central midfielder has impressed for the national team since being called into Bafana Bafana by coach Hugo Broos last year.

Chiefs are in a huge rebuilding effort after 2021-22 was their seventh season without silverware.

They announced two more players who were released on Monday — defenders Ramahlwe Mphahlele and Siphosakhe Ntiya-Ntiya.

More in this category: « English Premiership clubs stop players from joining springboks this week. Serena rolls back the years in dramatic comeback victory on return from injury. »
back to top