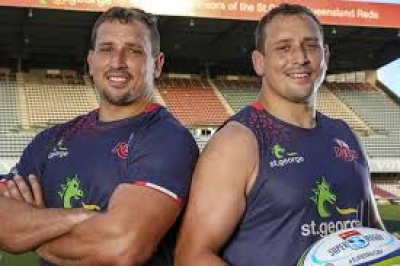 The Emirates Lions have bolstered their forward stocks for next season by signing the twin brother of JP Smith - Ruan - for the coming season.

The Lions announced the signing on twitter without any detail as to how long the contract is, but both players are highly rated and come with a lot of experience that will be crucial in the coming season when the Lions have to navigate two separate overseas competition.s

Smith, who had originally turned out for Western Province in the Vodacom Cup, has been a well-travelled rugby player, particularly in Australia with heaps of experience in Super Rugby.

While his brother and twin JP was the anchor in the Lions scrum in the latter part of the season, Ruan played for the Waratahs, with seven appearances for them in Super Rugby Pacific.

He made his debut for the Western Force and in a long career has played for the Reds, Brumbies and Melbourne Rebels, as well as Toyota Verblitz in Japan and LA Giltinis in the American Major League.

Smith can play both sides of the scrum and is likely to be the first replacement after the Lions lost Carlu Sadie to the Sharks at the end of the current season.