Eight medical staff to be tried for Diego Maradona's death. 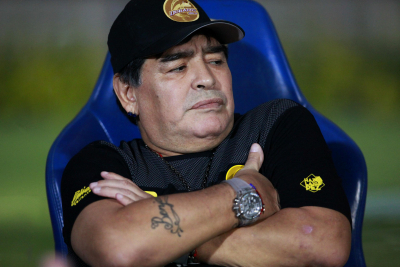 (AFP)-Eight medical personnel will stand trial for alleged criminal negligence in the death of Argentine football legend Diego Maradona, according to a court ruling made public on Wednesday.

No date has been set for the trial of the eight over Maradona's death in 2020, which prosecutors say was due to "omissions" by his caregivers who abandoned him "to his fate" during home hospitalisation.

Maradona died aged 60 in 2020 while recovering from brain surgery for a blood clot, and after decades of battles with cocaine and alcohol addictions.

Prosecutors have asked that they be tried for negligent homicide.

They claim mismanagement by the team had placed the football legend in a "situation of helplessness".

The accused risk sentences ranging from eight to 25 years in prison.

According to the prosecutors, the defendants "were the protagonists of an unprecedented, totally deficient and reckless hospitalisation at home", allegedly responsible for a "series of improvisations, management failures and shortcomings".

Maradona is widely considered one of the greatest footballers in history.