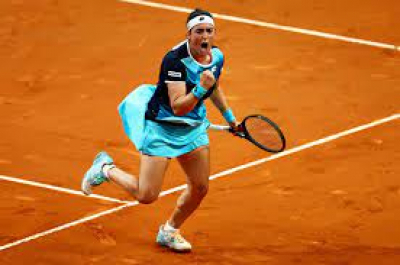 Serena Williams' return to tennis action has been cut short after doubles partner Ons Jabeur withdrew from the Eastbourne tournament because of a knee injury.

The WTA event had seen tennis great Williams, 40, play her first two competitive matches since she limped out of last year's Wimbledon in tears with a hamstring problem.

The American and Tunisian partner Jabeur made it through to the semifinals with a narrow last 16 win over Maria Bouzkova and Sara Sorribes Tormo, before a more convincing quarterfinal victory in straight sets against Shuko Aoyama and Chan Hao-ching.

Williams will now focus on Wimbledon where she has accepted a wild card into the women's singles in a bid to win a record-equalling 24th Grand Slam title.

She will find out who she faces in the first round when the draw is made on Friday.

More in this category: « ASA announces preliminary team for World Champs, Oregon22. Fifa increases squads to 26 players for the World Cup. »
back to top