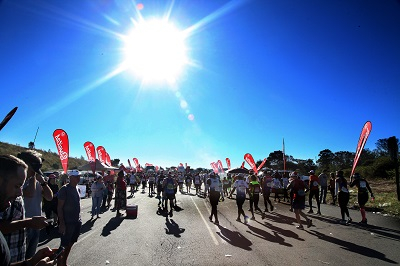 The Comrades Marathon Association’s (CMA) Board convened an urgent meeting on Monday, 16.3.2020 in light of the outbreak of the Corona Virus, also known as COVID-19 and the subsequent postponement or cancellation of sporting events and mass gatherings in the country.

Athletics South Africa (ASA), under the auspices of which the Comrades Marathon is held, has aligned itself with the National State of Disaster as pronounced by State President Cyril Ramaphosa and have taken a decision to postpone with immediate effect all athletics events in the country at all levels for 30 days due to COVID-19.

This comes as the President specified strict measures to combat the virus which has been described as a pandemic by the World Health Organisation.

Under the ongoing guidance of the government on the virus, as well as ASA and KwaZulu-Natal Athletics (KZNA), the CMA Board will review the situation by the 17th of April and advise Comrades athletes and stakeholders on the way forward, depending on the status of the virus in the country at the time.

CMA Chairperson, Cheryl Winn says, “With nearly three months to go to #Comrades2020, the CMA Board has decided that it is premature to postpone this year’s Comrades Marathon. We will however continue to monitor the situation on a daily basis and will make a decision by April 17th depending upon how the situation evolves on whether to postpone #Comrades2020 to a date later in the year.”

Winn adds, “We will make announcements and issue updates on an ongoing basis. As the CMA Board, we have to consider the best interest and well-being of our athletes, supporters, spectators, volunteers and the public. With 282 successful Substitution applications having been processed since opening of the 2020 Substitution period yesterday, we urge all Comrades runners to continue with their training preparations for the 95th edition of the Ultimate Human Race.”

Tweet
More in this category: « Swimming South Africa events postponed until further notice. UEFA postponed the EURO 2020 for a period of 12 months. »
back to top