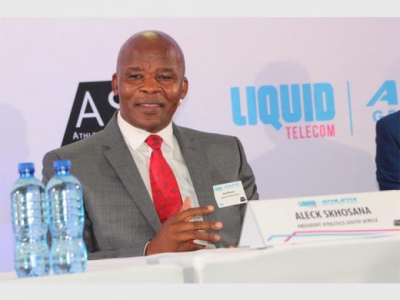 SASCOC has referred back to its Nominations Committee the decision to declare the nomination of Aleck Skhosana as ineligible for election, for reconsideration.

The independent Nominations Committee appointed by SASCOC to assist the independent auditors in finalising the list of persons who were eligible for nomination to stand for elections to the SASCOC Board, decided that Skhosana was ineligible to be nominated on account of him not being in good standing.

This was despite the fact that he was nominated by Athletics South Africa, the federation where he is President. ASA and Skhosana duly challenged the decision of ineligibility on various grounds including that he had to be in good standing to hold the Presidency of ASA and furthermore, by him being the current First Vice-President of SASCOC.

Pursuant to representations made by the attorneys of ASA to the Nominations Committee, the auditors and to SASCOC - which included a copy of the letter of good standing originally submitted by ASA to the auditors, ASA is pleased to note that SASCOC has referred the matter back to the Nominations Committee to reconsider its decision as it is clear that they have not conducted a due diligent background check on the ASA candidate.

ASA has all along threatened to take the dispute to arbitration and its lawyers had already prepared the necessary papers in respect of that challenge but then withheld pursuing that process pending the latest report expected from the Nominations Committee. However, should the Nominations Committee stand by their original decision, ASA will have no option but to proceed with the arbitration proceedings to declare their decision unlawful and to seek a declaration to the effect that Skhosana is in good standing to contest the SASCOC elections.

Since the quadrennial elections of SASCOC, which were scheduled for 28 March 2020, have been postponed on account of Covid19, it is now uncertain when those elections will take place.

Tweet
More in this category: « FAZ suspended the domestic Zambian Super League over fears of the coronavirus. Olympic swimming champion Cameron van der Burgh - "COVID-19 is no joke!” »
back to top