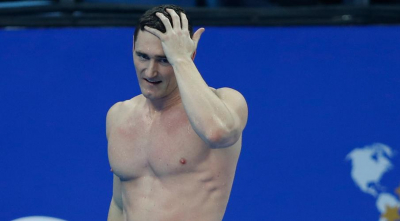 By far the worst virus I have ever endured despite being a healthy individual with strong lungs(no smoking/sport), living a healthy lifestyle and being young (least at risk demographic),” was tweeted from the retired his account. “Although the most severe symptoms(extreme fever) have eased, I am still struggling with serious fatigue and a residual cough that I can’t shake. Any physical activity like walking leaves me exhausted for hours.

“Please, look after yourself everyone! Health comes first – COVID-19 is no joke!”

At the 2012 Olympics, van der Burgh won in a then-world-record time and dedicated it to Norwegian Alexander Dale Oen, the 2011 World champion who died suddenly while training in Arizona that spring.

Van der Burgh added world silver medals in the event in 2013 and 2015 and Olympic silver in Rio behind Brit Adam Peaty, now the world-record holder.

Tweet
More in this category: « SASCOC refers Skhosana rejection back to its nominations committee to reconsider. La Liga postponed until further notice due to coronavirus crisis worsens. »
back to top