Sunshine Tour back in action in Kingdom of Eswatini. 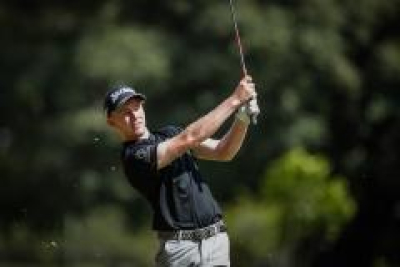 After a brief break the Sunshine Tour returns to the fairways with a strong run of tournaments to the end of the year, starting with this week's FNB Eswatini Nkonyeni Challenge at the Nkonyeni Lodge and Golf Estate.

The 54-hole tournament on a championship golf course located on the banks of Eswatini's Usuthu River tees off on Thursday with a quality field featuring several of this year's champions competing for total prize money of R1 million.

The tournament also signals the start of an important stretch of tournaments through to November including the Vodacom Origins of Golf series, the SunBet Challenge Series and several new tournaments.

It's a crucial part of the season for the local professionals as they hone their games for the upcoming summer tournaments co-sanctioned with the DP World Tour.

The field includes four of the last five winners on the Sunshine Tour, with Herman Loubser, Albert Venter, Rourke van der Spuy and Dylan Mostert all in the kingdom of Eswatini this week.

Ryan van Velzen, who is currently leading the Sunshine Tour Rookie of the Year race, is also in the field. Van Velzen has had a strong season so far including a finish of tied fourth in June's KitKat Group Pro-Am and has missed only one cut in his last five Sunshine Tour tournaments.

The Sunshine Tour's Papwa Sewgolum Class of transformation professionals will also be well represented in this event, including Dylan Naidoo and Heinrich Bruiners as well as younger stars such as Franklin Manchest and Karabo Mokoena.