Tatjana wins another commonwealth gold for SA in 200m breaststroke. 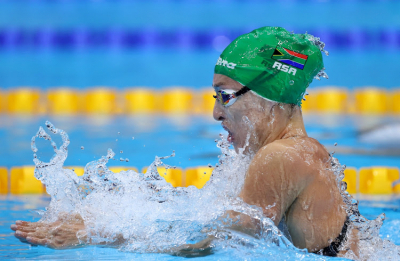 Swimming in lane 4, Schoenmaker did not disappoint as she powered to a commanding lead throughout the race.

The duo's success wasn't the only medals that Team SA won on the day. Earlier Chad le Clos bagged a silver medal for the country.

The 200m world record holder touched the wall in 2:21.92 to seal gold for South Africa.

It was gold and bronze for Team SA, as Olympian Kaylene Corbett had a strong final 50m as she captured third position in 2:23.67.

Australia's Jenna Strauch separated the two South Africans as she took silver in 2:23.65

Team South Africa has now won five medals in Birmingham and all in the pool so far.

More in this category: « Shamsi spins South Africa to series win over England. Eswatini hopes dashed of ending 14-year wait for CHAN victory. »
back to top