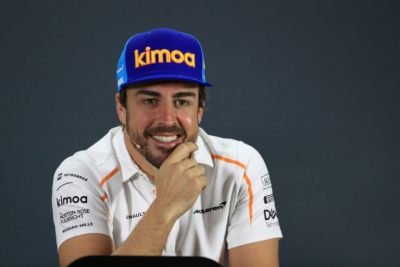 Spanish Formula One driver Fernando Alonso will leave the Alpine team to join Aston Martin in 2023, the British team announced in a press release on Monday.

Alonso, 41, who is currently with Alpine-Renault, will replace Sebastian Vettel following the German's retirement at the end of the season.

"I still have the hunger and ambition to fight to be at the front," said Alonso, 10th on 41 points this season.

"I want to be part of an organisation that is committed to learn, develop and succeed.

"I intend to win again in this sport and therefore I have to take the opportunities that feel right to me."

Alonso, who will partner Canadian Lance Stroll at Aston Martin, is currently in the midst of his 20th Formula 1 season.

"We know that nearly everyone can learn from someone of Fernando's calibre and experience," he said.

"We are confident that he will inspire everyone to lift their game, and that will only enhance the already infectious energy that exists within the team."

More in this category: « Ronaldo plays 45 minutes, Ten Hag lauds Man Utd starlet after draw. England wins its first ever major women's championship in 2-1 win over Germany. »
back to top