Its all systems go as the DStv Premiership commences today. 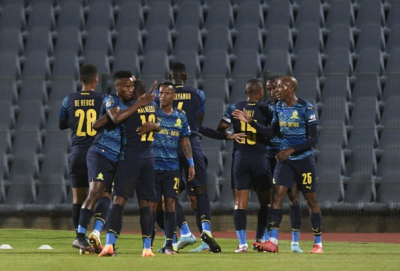 Its all systems go as the DStv Premiership commences today with a much anticipated clash between Cape Town City and defending champions Mamelodi Sundowns.

There can still only be one winner and some side will be relegated.

But every team will be starting on zero points with 30 matches to be played by each team.

It is second against first in the table from last season as the champions have one of the toughest away days in the DStv Premiership with City unbeaten at home in almost a year – a run of 13 matches.

One of those games was a 0-0 draw in Cape Town in the league last season, and the teams have in fact drawn their last three contests, including the 2021 MTN8 final that Sundowns won on penalties.

Sundowns have found victories hard to come by in Cape Town with only one in their last four visits (D1 L2). City also beat Sundowns at 'home' in the Gauteng bio-bubble.

Eric Tinkler, the City head coach, admitted that it won't be easy for his team to beat what they achieved last season, but he is optimistic that they can put pressure on Sundowns in the race for the league title.

"Difficult to beat what we achieved last season," Tinkler said.

"But obviously our objectives and our aims remain what they were last season finishing in that top four and obviously to put pressure on Sundowns.

"And I think that’s [what] all sitting here trying to do [to] put pressure on Sundowns."

Sundowns will now be hoping to emulate Orlando Pirates who remain the only club to have won back-to-back domestic trebles in the PSL era which began in 1996.

The original Soweto Derby if you believe this Swallows FC are the same club as the old Moroka Swallows, otherwise it is a tie between two sides with perhaps differing ambitions this campaign.

Pirates must be title challengers under new coach Jose Riveiro, anything else will be viewed as failure, while Swallows might see survival as their major aim having survived the playoffs by the skin of their teeth in 2021-22, but then arguably seen their squad weakened by departures.

Only two clubs have beaten Pirates in their last 58 home league matches – Sundowns and Kaizer Chiefs, who have both managed it twice.

Royal AM vs Kaizer Chiefs

Royal AM did the 'double' over Kaizer Chiefs last season, including an emphatic 4-1 victory at FNB Stadium, but things have changed quite significantly since then.

This will be a debut as a permanent coach for Chiefs' Arthur Zwane, who has also seen his squad refreshed with a number of new players in this transfer window, while a lot of the experience in his squad has been let go.

Royal AM have been fairly quiet in the transfer market, bringing in a few new names, but their ex-Chiefs striker Samir Nurkovic is set to sit this one out through injury.

Royal AM exceeded expectations last season but did not win any of their last seven games, leading to the exit of coach John Maduka, who has been replaced by three co-coaches in Dan Malesela, Khabo Zondo and Abram Nteo.

More in this category: « Rafael Nadal withdraws from Montreal hardcourt event. It's Ridiculous,We've won the World Cup, but not beaten All Blacks at home'|Kolisi. »
back to top