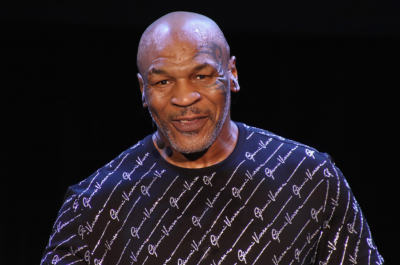 Heavyweight champion Mike Tyson is widely regarded as one of the greatest boxers to have ever lived.

He insists that there is ‘no doubt’ he would beat the current crop of heavyweights if he was still in his prime.

The heavyweight division exploded back into life in 2015 when Tyson Fury outwitted Wladimir Klitschko in Dusseldorf on a night he called his Everest before the belts were scattered across the globe.

Fellow Brit Anthony Joshua collected the IBF, WBA and then WBO strap, while Deontay Wilder made sure the WBC belt remained in America as he continued to obliterate opponents with his concussive power.

But all of the heavyweight belts now residing in the UK after Fury toppled yet another champion in his back yard, the question was put to ‘Iron Mike’ as to how well he could have fared in this current generation.

Despite standing just 5ft 11ins, ‘Kid Dynamite’ blew away the best talent in the heavyweight division during the 1980’s as he became the youngest world heavyweight champion in history – a record which still stands.

But finally, the 53-year-old addressed the issue about how would his prime self would do against the likes of Fury, Wilder and Joshua.

The debate has been settled during his latest YouTube live chats with fans. When Tyson was asked if he thinks he would have unified all the belts if he was still in his 20s today, he confidently said “Yes!”

“Listen, if you’re asking me if I was 20 years old, Yes! There’s no doubt. They’re really good fighters and I respect all these skills. It would have been very tough fighting them,” Tyson said.

“I know it’s a fantasy game,” he told Yahoo Sports.

“Most likely I would win the fantasy, I wouldn’t win the real fight. Ali’s the greatest there’s ever been.”

Despite his confidence in being able to defeat the current generation of heavyweight stars, Tyson was effusive in his praise for the past.

A firm fan of Muhammad Ali, Tyson admitted he could never beat ‘The Greatest’ if the two actually ever met – despite a computer game simulation suggesting it would be he who triumphed.

Tweet
More in this category: « The former Kaizer Chiefs midfielder Chris ‘Rollaway’ Ndlovu passed away aged 74. Usain Bolt encouraged social distancing with one of the cheekiest but effective social media posts. »
back to top