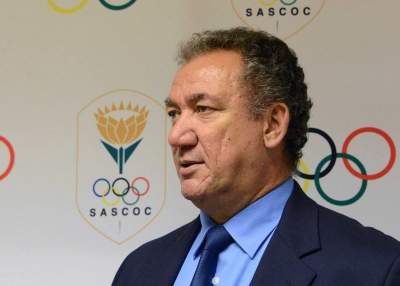 The South African Sports Confederation and Olympic Committee (SASCOC)’s Board has placed the Acting President, Mr Barry Hendricks on leave of absence, with immediate effect from the 15 April 2020 pending the outcomes of an investigation to be conducted by the SASCOC Judicial Body.

Upon receipt of the complaint from the Tennis South Africa Board Member this is what transpired:

1.The Board at its meeting on 28 February 2020 took a decision that the matter be referred to an independent advocate for a legal opinion before it takes an informed position on the matter.

2. An independent advocate, Adv. E. M. Baloyi- Mere was appointed and she submitted her legal opinion on Monday, 30 March 2020.

3. The board at its meeting of 7 April 2020 deliberated on the opinion and accepted the advocate’s report. The meeting also discussed the conduct of the Acting President and asked for legal guidance from the Judicial Body’s Chairperson on due process to follow.

4. The Acting President, Mr Barry Hendricks was then sent a correspondence to request as to whether he is willing to take voluntary leave of absence from his responsibilities on the Board, pending the outcome of the arbitration and any disciplinary proceedings that may follow the arbitration.

5. The Acting President did not respond to the Board as per timelines set.

6. The SASCOC Board, at its adjourned meeting of 7 April 2020, that was concluded today, Wednesday, 15 April 2020, resolved to place the Acting President on leave of absence pending the outcomes of the investigation to be conducted by the Judicial Body.

7. Mr Hendricks has been informed not to engage the Membership, Board, Management and staff until the investigation is concluded.

Tweet
More in this category: « Coco Gauff on the emotional struggle she faced as a tennis prodigy. UEFA proposal could see the Champions League final on August 29. »
back to top