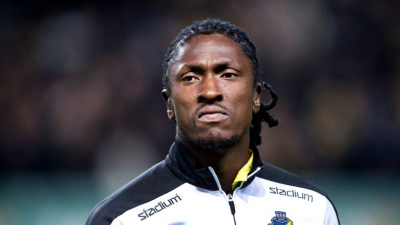 The former Manchester City, Preston and Fulham footballer Dickson Etuhu has been handed a five-year football ban for match-fixing.

Etuhu, 37, cannot play in Sweden for the next half-decade having been found guilty of attempting to fix a match between IFK Gothenburg and AIK in 2017.

His lawyers intend to take the case to Sweden’s supreme court after the ruling.

Etuhu along with former IFK Rossjoholm player Alban Jusufi, is claimed to have met with AIK goalkeeper Kyriakos Stamatopoulos in May 2017 and offered him a £160,000 bribe to under-perform against Gothenburg.

Stamatopoulos reported the approach, however, and the upcoming fixture was postponed.

The Swedish football federation have now made the decision to ban both Etuhu and Jusufi for ‘deliberately trying to persuade an Allsvenskan player to under-perform in one of their team’s matches’.

Former Nigeria international Etuhu is a product of Manchester City’s academy system and played 13 times for the Citizens before joining Preston in 2002, with whom he spent the next four years.

After going on to represent Norwich and Sunderland, he joined Fulham for four years and played the full match as the Cottagers were defeated in the 2010 Europa League final.

A spell with Blackburn followed before Etuhu headed over to Swedish football with AIK in 2015.