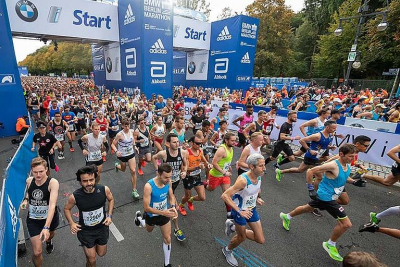 The Berlin Marathon scheduled for September 27, has been canceled due to coronavirus restrictions.

According to an announcement on the race’s event page, the marathon can’t be run as scheduled because of an ordinance set in place by the German government prohibiting all events with more than 5,000 people from now until October 24.

The announcement did not mention whether the race is canceled outright or will be postponed for a later date. It also didn’t mention whether or not registered runners will be able to receive a refund for their race bib or roll over their registration to 2021.

“We will now deal with the consequences, coordinate the further steps, and inform you as soon as we can. Let us remain strong together,” said the Berlin Marathon event team in an Instagram post."

The cancellation also puts into question the likelihood of whether the other World Major Marathons—Boston,London,Chicago, and New York City —will happen as planned later this year.

Tweet
More in this category: « Serie A teams unanimously agreed that they should try and complete the 2019-20 season. Newcastle Takeover:BeIN Sports letter asks Premier League to block takeover. »
back to top