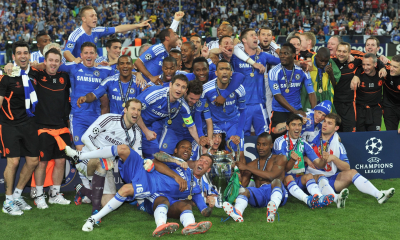 Chelsea's first-team players will not be taking a pay cut to contribute to the club during the coronavirus pandemic, but will "focus on further supporting other charitable causes".

It had been reported that the men's team would take a 10% cut this month.

But a statement on the club website said "extensive talks" had been held to discuss how the team could contribute.

"At this time, the men's first team will not be contributing towards the club financially and instead the board have directed the team to focus their efforts," the statement read.

"We are grateful to the team for having played their role in assisting the club with community activities as well as all the charitable causes they have been supporting in their respective home countries and through the Players Together Initiative supporting the NHS."

There has been no falling-out between the club and players, and talks will continue.

"We are not planning any general redundancies or furloughs for our full-time staff who are continuing to be paid 100% of their current wages," the statement continued.

Newcastle United were the first Premier League club to place their non-playing staff on temporary leave and Norwich have also put staff on the job retention scheme.