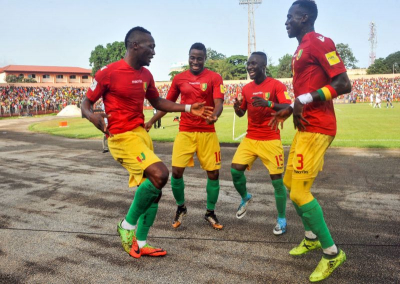 Guinea have become the third African country inside 24 hours to declare a premature end to their soccer season in the wake of the covid-19 outbreak, following on the heels of Angola and Kenya.

The season, which started in October, had only reached the halfway stage and was due to be completed in June.

"We don't know when this pandemic will go away. With the approach of the rainy season and the presence of the pandemic, we have decided that we have to stop the championship," Mathurin Bangoura, president of the Guinean Professional Football League told reporters on Friday.

No champions will be crowned but the top four in the standings at the time of the league's suspension will compete in next season's continental competitions - the African Champions League and the African Confederation Cup. There will also be no promotion or relegation.

Mauritius became the first African country earlier this month to call a halt to its season because of the coronavirus outbreak. Kenya and Angola followed, but clubs in Madagascar voted to attempt to carry on after a meeting on Thursday.

In Angola, there were just five rounds to play in the 30-game season but a meeting of Girabola clubs on Thursday resolved not to continue the campaign with no title awarded and no relegation.

The top two, Petro Atletico and Primero de Agosto, will represent the country in the Champions League, with Angola’s higher ranking with the Confederation of African Football (CAF) allowing them to enter two teams.

Petro led the table by three points from Primero, but had also played a game more in what was shaping up to be a tight finish.

The Confederation of African Football have told member associations to set a May 5 deadline to reveal whether they intend to continue with their domestic programmes or call an end to their respective seasons.

Tweet
More in this category: « Sergio Aguero - EPL players ‘scared’ to return amid coronovius. Premier League will only return to training and playing with Government guidance. »
back to top