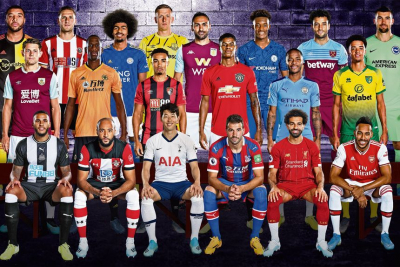 Premier League clubs were told during a video conference on Friday,that the neutral venues will be the only way to complete the season.

The Premier League would also need up to 40,000 tests for players and staff if plans to play the 92 outstanding games behind closed doors are pursued.

Clubs reiterated a commitment to resuming the season "when safe and appropriate to do so".

The Premier League said in a statement it would "only return to training and playing with government guidance".

"No decisions were taken at today's meeting and clubs exchanged views on the information provided regarding 'Project Restart'," the statement added.

A major factor in the decision to use neutral venues is it try to reduce any chance of fans congregating, and the selected grounds will be largely based on a rating from the police and the Sports Grounds Safety Authority.

Clubs will also have to sign up to a medical protocol, put together by the Premier League doctors' group and the League's medical adviser, which will be phased in as the situation changes.

The Premier League has been suspended since 13 March but all clubs remain committed to playing the 92 remaining fixtures of 2019-20 and there was no discussion about voiding the season.