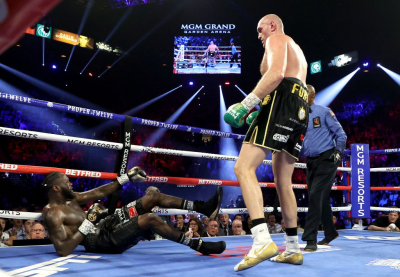 Boxing Promoter Eddie Hearn has denied negotiations have begun for Anthony Joshua to fight Tyson Fury but admitted preliminary talks have taken place after Saudi Arabia made an offer to stage the unification showdown.

Reports claimed that talk are underway that would see Deontay Wilder and Kubrat Pulev to step aside so Joshua and Fury could go to war in their next fight.

Hearn has confirmed an offer has been received and revealed an undisputed heavyweight championship clash was likely to happen in Spring 2021, considering contract obligations and the ongoing coronavirus pandemic.

"Obviously with everything that’s happening there is keenest from our side and Tyson Fury’s side to potentially go straight into that fight. ‘There is the major hurdle, we’re both under contract for other fights."

Everything is solvable with money. What has been happening is we’ve had a number of approaches from territories asking and enquiring and offering to stage that fight.

Myself and MTK have looked at those offers and discussed when this fight might take place."

We were looking to fight in June, Fury-Wilder was in July and we all planned to make this fight in December.

Could a deal be struck for them to step aside? Absolutely. Would we be willing to entertain that?

Absolutely. But right now the focus is on the contracts we’ve signed and for the winners to fight the winners probably in Spring 2021.

Tweet
More in this category: « Premier League will only return to training and playing with Government guidance. News Just In:Sir Bill Beaumont beats Agustin Pichot and is re-elected chairman of World Rugby. »
back to top