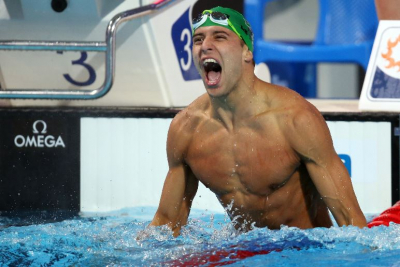 The governing body of world swimming said on Monday,the postponed World Swimming Championships will be held in Fukuoka on May 13-29, 2022.

The date was moved back a year after the Tokyo Olympics were postponed from 2020 until 2021.

The swimming championships had been scheduled for July 16-Aug. 1, 2021, which clashed with the new Olympics dates.

“At a time of unprecedented uncertainty, FINA hopes the announcement of these dates will allow for some clarity in planning for all concerned,” FINA President Julio Maglione said in a statement.

The Tokyo Olympics open on July 23, 2021. They are followed by the Paralympic Games opening on Aug. 24.

Read the Press Release in Full Below:

Following consultation with the city of Fukuoka, Japan Swimming Federation, organisers, athletes, coaches, technical committees, TV partners and sponsors, FINA is pleased to announce that the FINA World Championships in Fukuoka (JPN), initially scheduled for the summer of 2021, will now take place from May 13-29, 2022.

“After liaising with the relevant stakeholders and receiving feedback from them, we have no doubt that the decision taken will provide the best possible conditions for all participants at the Championships. We look forward to witnessing the world’s best aquatic athletes from around the world competing in the city of Fukuoka (JPN) in 2022,” said FINA President Dr Julio C. Maglione. “At a time of unprecedented uncertainty, FINA hopes the announcement of these dates will allow for some clarity in planning for all concerned.”

The FINA Family would like to thank the authorities of the City of Fukuoka, the Japan Swimming Federation, Organising Committee of the FINA World Championships, and all our partners for their commitment and support in reaching this decision.

More in this category: « 293 financially distressed athletes receive COVID-19 financial assistance. SA Rugby on British and Irish Lions Tour - There are no planned changes but it has to "explore various scenarios". »
back to top