SA Rugby on British and Irish Lions Tour - There are no planned changes but it has to "explore various scenarios". 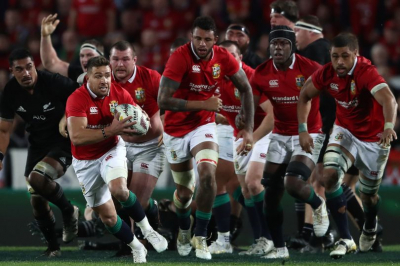 SA Rugby president Mark Alexander has dismissed media reports that the 2021 British & Irish Lions tour to South Africa could be under threat of cancellation because of Covid-19.

According to BBC,SA Rugby said it starting to examine the possibility of the 2021 British and Irish Lions tour being delayed because of the coronavirus pandemic.

The eight-match tour is scheduled to run between 3 July and 7 August.

The South African union said there are no planned changes but it has to "explore various scenarios".

The 2020-21 international calendar could be reviewed to salvage the game's finances.

But a delay of the Lions tour until 2022 could leave players facing a particularly gruelling schedule, the year before the next Rugby World Cup in France.

"While we continue to look forward to an incredible Test series and tour against the British and Irish Lions in 2021, and there are no planned changes, it would be remiss of us not to explore various scenarios for a possible date change caused by the Covid-19 pandemic," said South Africa Rugby in a statement.

World Rugby want this summer's tours to be rescheduled to October, followed by the November Tests with the club season running from December until July in what could act as the template for 2021 and future years.

Former Wales coach Warren Gatland is due to take a year out from his job with Super Rugby side the Chiefs, to run a Lions tour for the third time.

Meanwhile the southern hemisphere body Sanzaar, covering South Africa, New Zealand, Australia and Argentina, has also tried to quash reports that the 14-team Super Rugby competition could be downgraded by the introduction of a New Zealand/ Australia competition.

With regard to 2020,it is likely that once the green light is given to commence the playing of rugby matches in the various stakeholder territories, that a revised Vodacom Super Rugby competition format will be implemented.

In all likelihood, this will mean a strong domestic focus in each territory given the travel, border and government restrictions that we believe we will have to adhere to. SANZAAR will in due course make the appropriate announcements on the restart of rugby matches.

As to the future competition structures in 2021 and beyond, SANZAAR has already sold to broadcasters a 14-team Vodacom Super Rugby cross-border tournament format as well as the four-team Castle Lager Rugby Championship, within the stakeholder core markets.

Again, where any changes to these competitions is required, as a consequence of any ongoing effects of the COVID-19 pandemic, these will be decided upon by the SANZAAR board.

SANZAAR CEO, Andy Marinos, said: “Having spoken with my SANZAAR Board members I can confirm that none of the suggested models or structures that have been commented on recently, such as stand-alone Trans-Tasman formats, have been agreed by any of the SANZAAR unions individually or collectively. All such reports are merely speculative and have no basis to them.

“This is not to say that we are not having realistic discussions on what may have to eventuate should COVID-19 restrictions continue beyond 2020. We are presently looking in detail at various competition formats, but any agreed format will include teams from all four stakeholder national unions.

“Due to uncertainty over what various government restrictions, if any, may look like next year including international travel, no date has been set yet as to when a decision will be made on 2021 and beyond.

“A major consideration is that we also have an obligation to discuss any contingencies with our broadcast partners in the first instance after which we will make public comment.”