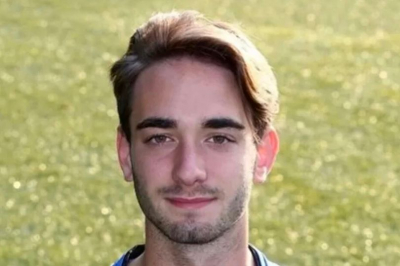 Atalanta midfielder Andrea Rinaldi has died aged 19 after suffering a brain aneurysm on Friday while training at home during the coronavirus lockdown.

Rinaldi was part of the youth system at Atalanta and had been on loan at Serie D side Legnano this season.

"Always available and positive, he knew how to make himself well-liked by everyone," said an Atalanta statement.

Legnano described Rinaldi's death as "a sudden and shocking tragedy, impossible even to imagine".

Legnano's statement, which confirmed the cause of death, added: "Andrea fought for three days after the illness that hit him. Unfortunately there was nothing to do."

Italian media reported that Rinaldi died at hospital in Varese on Monday morning.

Rinaldi had been at Serie A side Atalanta since the age of 13, winning the Under-17 league title and Super Cup in 2016.

He previously had loans spells at Imolese and Mezzolara and had made 23 appearances for Legnano this season, scoring one goal.

Tweet
More in this category: « COVID-19 Impact:No professional sport in England until 1 June at earliest. Sebastian Vettel to leave Ferrari at the end of 2020 F1 season. »
back to top