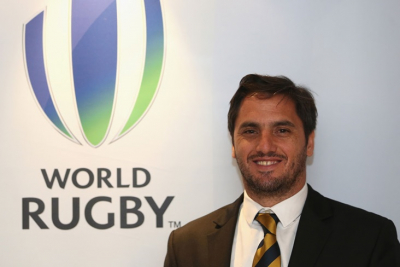 Agustin Pichot has resigned from his role on the World Rugby Council after his defeat by Sir Bill Beaumont in the election for World Rugby chairman.

Pichot, 45, had served as Beaumont's vice-chairman for the past four years.

He said in a statement: "As of today, I have decided not to continue as a UAR representative on the World Rugby Council, nor as a member of the RWC Board, nor as president of Americas Rugby.

"The only reason I have been a part of World Rugby to this day, and which in turn is the same one that has moved me to run for president, is the conviction that World Rugby needs change," said Pichot.

"But my proposal, which I fervently believe in, has not been chosen, and that is why I choose to step aside."

Pichot won the support of the Sanzaar nations (South Africa, New Zealand, Australia and Argentina) as well as South America and Asia in his election bid.

Tweet
More in this category: « SAFA, PSL set up task team to look on how football can re-start in the country . Fans undivided on whether Kaizer Chiefs should be crowned champions. »
back to top