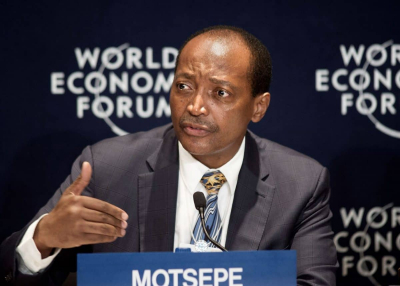 The Premier Soccer League season has been suspended until further notice due to the COVID-19 outbreak.

Coach Pitso Mosimane has expressed his delight after signing a new four-year deal with Mamelodi Sundowns.

The new deal was confirmed on Thursday at a press conference, and ends months of speculation over his future.

“I am pleased to confirm I have signed a four year contract with a club I dearly love,” Mosimane said. “I want to thank everybody here, and their contribution to where we are.

“Thanks the president of the club, Patrice Motsepe, and the board for the confidence they have shown in me for an additional four years.

“I want to thank my technical team and the players for their hard work and support, and the commitment they have put in. The successes we have had would not be achieved without them. The sky is the limit, we can still do better.”

Mosimane also had special thanks for Sundowns supporters.

“Thanks also to my family for the consistent support and tolerating me during the last seven and a half years. I must thank the Yellow Nation, who inspire us at the stadiums week in, week out.

“Thanks for their support in the good and the bad times. I feel blessed and honoured to be in charge of the Yellow Nation.