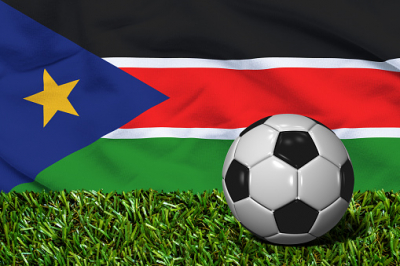 The Gambia Football Federation (GFF) has declared financial support to clubs from the COVID-19 Relief Fund after declaring the 2019/20 football season “null and void” due to the Coronavirus pandemic.

Real de Banjul who were top of the first division league, after 14 round of matches, would be accorded the opportunity to play in next season’s CAF Champions League while second placed Gambia Armed Forces will be the Gambia’s CAF Confederation Cup representatives.

The GFF also confirmed that there would be “no winners, no promotions and relegation in the first and second divisions in both Men and Women leagues.

South Sudan has also followed suit and become the latest CAF Member Association to call an end to its season due to the COVID-19 pandemic that has currently caused a stoppage to sports events all over the world.

An emergency committee meeting that was also attended by the South Sudan Football Association (SSFA) Board of Directors and chaired by president Francis Amin arrived at the decision after wide consultations. The decision was taken based on Article 81 of the SSFA Statutes.

According to the SSFA, there will be no promotion or relegation across all leagues, and has confirmed Alrabita Juba FC as representatives for next season’s CAF Confederation Cup having won the South Sudanese Cup tournament.

Dates for the new season once the Ministry of Health advises it is safe to return to football activities.

Meanwhile, Burundi’s Primus Ligue became the first African league to re-start as the world of sports begins to slowly pick up the ruins from the stoppages caused by the COVID-19 pandemic.

The league restarted on Thursday with a match between Musongati and Athletico Olympic.

The match, staged at the Stade Ingoma in Gitaga ended in a 3-3 draw with full attendance including the president of the Burundi Football Federation. The result saw Musongati move to 54 points, just one behind leaders Le Messager Ngozi.

The catch-up fixture now sees all teams on equal number of matches – 27.

Football in Burundi was halted over a month ago with the country battling to control the spread of the virus, but has now resumed for the final three rounds of the season.

This weekend, action will shift to the Burundian Cup fixtures. The competition is currently in the semi-final stage. The final is scheduled for the 13th of June. League matches will resume on the 30th of this month with the final round scheduled for June 28.

In Tanzania, the Government has announced that sports activities in the country will be allowed to resume from June 1. The Tanzanian League managers are thus preparing for resumption after stoppage since March 17.

With 10 rounds of matches left, giants Simba SC were leading the Ligi Kuu Bara standings with 71 points, a healthy 17 ahead of second placed Azam FC. Just six wins out of the remaining 10 matches will confirm them as champions.

Tweet
More in this category: « N'Golo Kante allowed to skip Chelsea training over COVID-19 concerns. SAFA welcomes the opportunity for engagement by the English Football Association. »
back to top