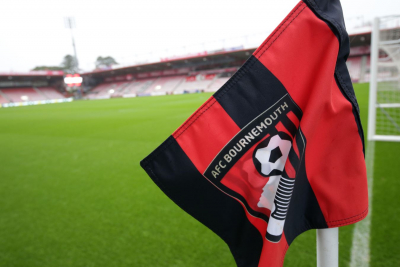 A Bournemouth player was one of two people working for Premier League clubs who tested positive for Covid-19 following a second batch of testing, the club said on Sunday.

Bournemouth did not disclose the player's identity but said he would self isolate for seven days in line with league protocols before another test is conducted.

"AFC Bournemouth can confirm that one of its players has tested positive for Covid-19, following the club's second round of testing," Bournemouth said in a statement.

"Following strict adherence of the Premier League's return to training regulations, the club's training ground remains a safe working environment for players and backroom staff, who will continue to be tested for Covid-19 twice per week."

Since players returned to limited group training on Tuesday, eight positive tests for the virus have been confirmed at England's top-flight clubs.

Six individuals, including Watford defender Adrian Mariappa and Burnley assistant manager Ian Woan, were positive in the first round of testing on May 17-18.

No matches have been played in the Premier League since March, but the government has given the go-ahead for elite sport to resume from June 1.

We can confirm that one of our players has tested positive for COVID-19.#afcb statement ?https://t.co/1W2yyAXVA1

Meanwhile Jordon Ibe will leave Bournemouth on July 1 – even if the current season is not complete.

The winger, who joined from Liverpool in a £16m deal in 2016, will not be offered an extension to remain at the club, even until the conclusion of their final nine games.

Tweet
More in this category: « Two more positive cases after second round of coronavirus testing in the Premier League. Tiger Woods & Peyton Manning beat Tom Brady & Phil Mickelson in a charity match. »
back to top