Lance Klusener will be part of the Proteas management for the India tour. 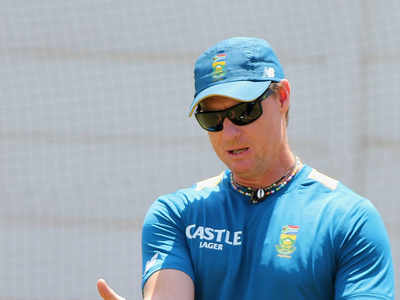 Cricket South Africa has hired former all-rounder Lance Klusener as one of three assistant coaches for the September and October tour of India.

He was the head coach of the Brampton Wolves in the 2019 edition of the Global T20 Canada and He was due to work with the Glasgow Giants in the Euro T20 Slam later this month, however the tournament has been postponed. He also coached Zimbabwe and the Dolphins.

In terms of the new team structure the team director appoints his three assistant coaches who have specific skills focus in the three key disciplines of batting, bowling and fielding,’ said acting director of cricket Corrie van Zyl.

Klusener will fill the role of assistant coach (batting) for the T20 series only. His record as one of the best all-rounders in the world, particularly in white-ball cricket, and his playing career speaks for itself and he also has extensive coaching experience both at franchise and international level.

More in this category: « Former Ghana international Junior Agogo dies at 40. Serena Williams and Maria Sharapova will meet in the first round of the U.S. Open. »
back to top