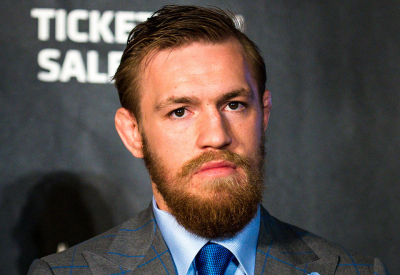 Conor McGregor announced that he has retired from fighting - for the third time in four years.

Ireland's former two-weight UFC champion, 31, has a record of 22 wins and four defeats.

He has previously announced his retirement in 2016 and 2019 before twice returning to the octagon.

Hey guys I’ve decided to retire from fighting.
Thank you all for the amazing memories! What a ride it’s been!
Here is a picture of myself and my mother in Las Vegas post one of my World title wins!
Pick the home of your dreams Mags I love you!
Whatever you desire it’s yours ❤️ pic.twitter.com/Dh4ijsZacZ

McGregor signed for the UFC in 2013 as a two-division Cage Warriors champion, and went on to capture the UFC titles at featherweight and lightweight, becoming the first man to simultaneously hold UFC titles in two weight classes.

Those titles were subsequently stripped by the UFC after he failed to defend his belts.

After his first 'retirement' in 2016, he returned in October 2018 to unsuccessfully challenge for the UFC lightweight title against Khabib Nurmagomedov at UFC 229.

Earlier this year, he displayed one of the most spectacular performances of his career to defeat Cerrone - his first win inside the octagon since taking his second world title in 2016.

Tweet
More in this category: « Novak Djokovic - Participating in the US Open would be an impossible task. Premier League announced zero new positive coronavirus cases after 1,195 players and staff tested. »
back to top