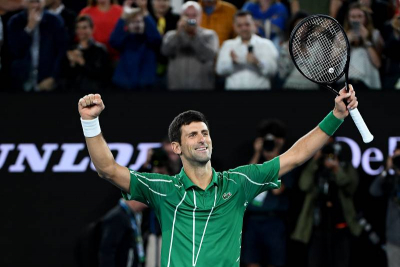 World number one Novak Djokovic won his opening match of the Adria Tour, as elite men's tennis returned for the first time since being suspended due to the coronavirus pandemic.

Djokovic set up the tournament to help players get back to match fitness after several weeks of no competition.

The cross-Balkan event has a reduced match format and attracted 4,000 fans.

But the tournament's third leg, scheduled to take place in Montenegro, has been cancelled because Serbian citizens are banned from entering the country because of the pandemic.

At one point during Djokovic's opening victory, Troicki enlisted the help of a ball boy, allowing him to return two of the 17-time Grand Slam singles champion's serves.

The regular ATP Tour is suspended until at least 31 July.

Tweet
More in this category: « Bayern Munich closer to title with late winner. Two positive cases found ahead of Premier League (PL) restart. »
back to top