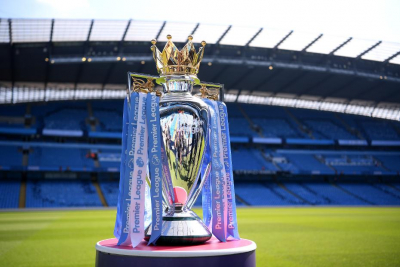 A Norwich City player is one of two positive coronavirus results found in the Premier League's latest round of testing, the club confirmed.

"Norwich City can confirm that one of its players has returned a positive test result following the recent round of COVID-19 testing," a statement via their official Twitter account read.

"In line with the Premier League’s protocols, the player will now self-isolate for a period of seven days before being tested again at a later date."

The unidentified Norwich player is now set to miss the restart of the Premier League season after testing positive for coronavirus, with the Canaries facing Southampton on Friday.

Tottenham, who played Norwich in a behind-closed-doors friendly this week, have confirmed that although the player did feature in the game, he did not come into close contact with the squad.

A club statement read: "We continue to operate within the strict guidelines outlined by the Premier League to ensure we avoid any risk of infection spreading should anyone else test positive, including practising social distancing so no 'close contacts' are created, which has been defined by Government as being within two metres of a confirmed case for 15 minutes or more.

The Premier League, which has been suspended since March 13 because of the virus, is set to resume with two fixtures on June 17 before Norwich play Southampton in their restart fixture on June 19.

All 20 club players and staff members have been tested twice weekly for Covid-19 and after the latest round on June 11-12, there is now 16 positive cases from a total 8,687 tests.

Tweet
More in this category: « Novak Djokovic cruises to opening win at home tournament. Calling off South Africa’s biggest one-day road running event,was not an easy decision. »
back to top