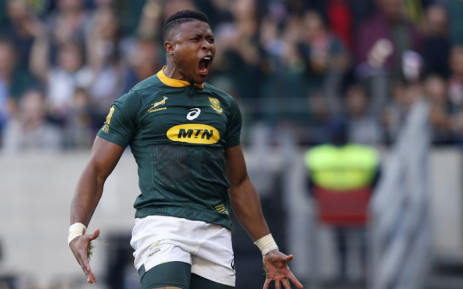 The World Rugby Breakthrough Player of 2018 released a statement in which he denies taking any banned substances and requested that his B sample be tested.

On Wednesday, 14 August 2019, I was notified by SAIDS that a urine sample that I had provided on 2 July 2019, during my attendance at the Springbok camp, had returned a positive result for a banned substance.

We have requested that my “B sample” be tested and will have feedback during the course of the next couple of days.

I would like to put the following on record;

– I want to deny ever taking any prohibited substance, intentionally or negligently to enhance my performance on the field. I believe in hard work and fair play. I have never cheated and never will;

– The presence of this prohibited substance in my body has come as a massive shock to me and together with my management team and experts appointed by them, we are doing everything we can to get to the source of this and to prove my innocence;

– As a professional sportsman on national and international level we get tested on a regular basis. I have been tested before and again, since this test. It is part of the job and we all know that each and every player is bound to get tested at least two to four times a year. Taking any prohibited substance would not only be irresponsible and something that I would never intentionally do, it would also be senseless and stupid;

I underwent a drug-test on the 15th of June 2019 (only two weeks prior to the 2nd July testing) which did not return any adverse finding;

I want to apologise in advance to my team-mates and management at the Lions and Springboks, my friends and my family for the negative impact this news may have. Personally this game has given me an opportunity to inspire not only the young rugby hopefuls but South Africans across all walks of life and that is something I do not take for granted and something I would definitely not risk by doing a stupid act like this.

I will now put all my energy in working with my support team and focus in proving my innocence in this matter and will not be providing any comments until there are further developments in the matter that warrants comment from my side.

More in this category: « Interim Bafana Bafana head coach Molefi Ntseki says the squad needs all the support they can get. Crystal Palace stunned Manchester United to record their first victory at Old Trafford since 1989. »
back to top