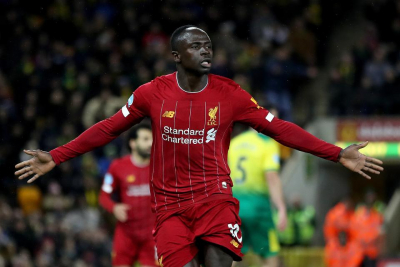 Sadio Mane has sparked fears within Anfield that he could be ready to move out this summer.

The £150 million-rated ($A270m) Senegalese star, 28, has yet to offer any indication that he will sign a new deal offered him nine months ago.

And boss Jurgen Klopp is growing anxious over the situation.

He has told the Liverpool hierarchy that even if Mane is contracted until 2023 he wants a firm answer on whether is he prepared to commit for longer.

He is expected to sign it once he and his side complete their march to the Premier League title with their season restarting in Sunday’s Merseyside derby.

Mane stands to make the same money if he puts pen to paper.

But Real Madrid want him and he is also on Paris Saint-Germain’s radar.

Tweet
More in this category: « Dispute between Ntambi Ravele and Barry Hendricks at an advanced stage of finalisation - SASCOC. LaLiga side Real Betis sack coach Rubi. »
back to top