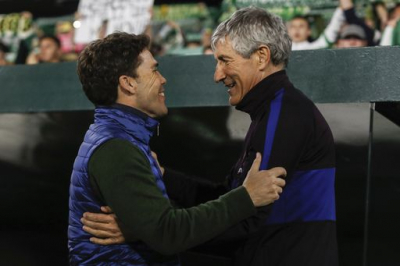 Saturday's 1-0 defeat at Athletic Bilbao left the club 14th in the table, eight points clear of the relegation places with eight matches to play.

Sports director Alexis Trujillo, who played more than 220 games for Betis, will take over until the end of the season, with Betis next in action against bottom club Espanyol on Thursday.

Top-flight football returned in Spain with Sevilla enjoying a relatively comfortable 2-0 win at home over Betis in the Sanchez Pizjuan Stadium last week.

Betis released a statement on Sunday saying Rubi had been relieved of his duties and that sporting director Alexis Trujillo, a former Betis player, would take charge of the team for the final eight games of the season.

He succeeded Quique Setien who went on to become Barcelona head coach in January.

Tweet
More in this category: « Sadio Mane sparks fears within Anfield that he could be ready to move. SAFA NEC made a number of key resolutions. »
back to top