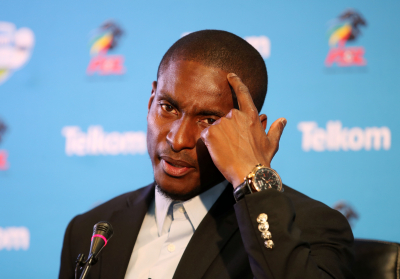 Chippa United confirmed that their interim coach Rhulani Mokwena is leaving the club.

Mokwena joined the Chilli Boys on-loan from Orlando Pirates earlier this year, and he was expected to continue until the end of the season.

However, while Chippa United chairman Siviwe Mpengesi indicated that he would like to keep Mokwena beyond his current deal, reports of uncertainty around his future emerged in the past few weeks.

"In the midst of uncertainty and in spite of everything including the announcement by the sports minister [Nathi Mthethwa], we as a club were uncertain as to when we will return to play," Mzizi told IOL.

"We had a short-term contract with coach Rhulani. Some call it a loan contract. That contract is ending next week Tuesday or at the end of the month if I may say. We worked well with the coach, he was just unfortunate to have only overseen one match because of circumstances beyond our control.

“So, we've not extended the loan deal. We've allowed him to go back to Orlando Pirates," Mzizi detailed.

"The decision was taken based of the business interests of the club. In as much as we love our coach, it was a business decision that we took. There's uncertainty at the business and we had to take business decisions. What is happening at the club affects everyone. We will allow him to go back to his parent club," he added.

Mokwena only took charge of a single competitive match for the Chilli Boys this season; a 1-1 draw away to Bidvest Wits, and this was before the season was suspended in mid-March.

Tweet
More in this category: « Mthethwa approved plans for the resumption of football. Chelsea beat Manchester City to hand title to Liverpool. »
back to top