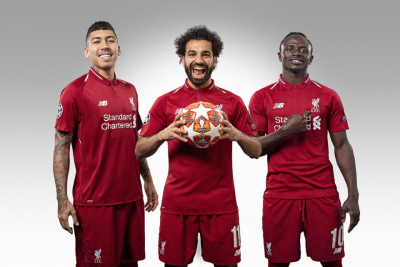 Liverpool were crowned champions of England for the first time in 30 years after Manchester City lost to Chelsea.

Only a win for City at Stamford Bridge would have allowed them to hold on to the Premier League trophy for a little longer and their two-season reign is now officially over.

Pep Guardiola's side lost a total of six league games in those two seasons combined, but their eighth defeat of this campaign leaves them 23 points behind the leaders, with seven games left.

Kevin de Bruyne's brilliant second-half free-kick cancelled out Christian Pulisic's breakaway goal for the hosts but Liverpool's title was confirmed with 12 minutes left when Fernandinho was sent off for handball on the line and Willian dispatched the resulting penalty.

While City are still in the Champions League and continue their defence of the FA Cup at Newcastle on Sunday, their next act in the league will be as part of Liverpool's coronation when they welcome the Reds to Etihad Stadium next Thursday.

Tweet
More in this category: « Chippa United and Rhulani Mokwena are now history. NBA - 16 players test positive for coronavirus. »
back to top