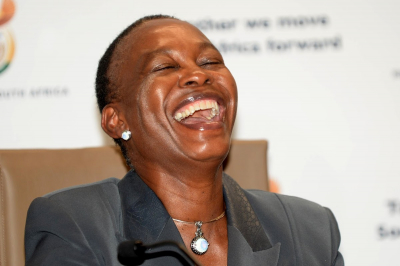 Further to the complaint by Ntambi Ravele that SASCOC’s erstwhile attorneys conducted themselves unethically during the arbitration proceedings which prejudiced her case, a meeting was convened by the Arbitrator and all parties on Wednesday 24 June 2020, where submissions were made as to why the Arbitrator should not hand down his award.

SASCOC’S erstwhile attorneys conceded in a letter to the arbitrator, Adv Freund SC, that despite them having been instructed by the board to remain neutral, they had entered the merits of the dispute, which actions on their part is viewed to have tainted the proceedings and prejudiced the parties to the dispute.

The submissions made by SASCOC sought to request that the arbitration proceedings to be abandoned and a new arbitration process commence, before another arbitrator, for the dispute to be determined afresh.

Ravele’s attorneys confirmed to the Arbitrator that they support the request by SASCOC but Barry Hendricks continues to contend that the arbitrator has not conducted himself in an unfair manner and that he should hand down his award.

The Arbitrator requested further submissions to be made by the parties which will be considered by the Arbitrator during the course of next week when he is expected to provide directions on the future conduct of the arbitration proceedings.

SASCOC’s position is that the process must embrace integrity, impartiality, fairness, openness and justice must prevail. The process must be free of any influence and must not be tainted by anybody.

More in this category: « Barcelona title hopes take blow after an entertaining 2-2 draw. Manchester United through to FA Cup semi-finals. »
back to top