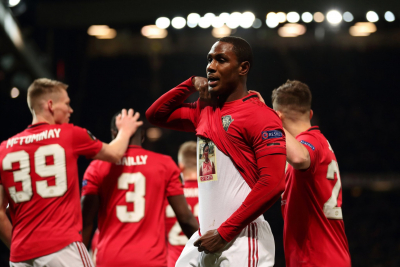 Manchester United beat Norwich 2-1 in the quarterfinals of the FA Cup at Carrow Road on Saturday.

Odion Ighalo fired the visitors into the lead early in the second half, but Todd Cantwell equalised in the 75th minute for Norwich.

Timm Klose was sent off in the 89th minute for a hard foul on Ighalo, leaving the home side with just 10 minutes for the remainder of second-half before the match went to extra time tied at 1-1.

Norwich goalkeeper Tim Krul,was up to the test in extra time, producing several fine saves to keep United from scoring, but with penalties looking inevitable Maguire popped up at the top of the six-yard box to send his team into the semifinals.

Norwich will now focus on their increasingly difficult task of beating the drop from the Premier League. As for United, this was a patchy display but they remain in contention in two cup competitions and for a top-four spot in the league.

Twitter
More in this category: « SASCOC vs. Ravele: Another twist in the saga. Klopp to ensure the squad that delivered the title is not broken up. »
back to top